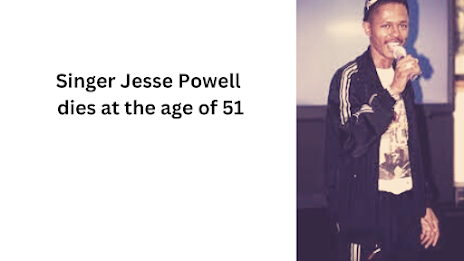 rb singer Singer Jesse Powell dies at the age of 51

R&B singer Jesse Powell died Tuesday at the age of 51. He is best known for the 1996 hit “You”.According to recording artists Trina and Tamara Powell, Powell died “peacefully” at her Los Angeles home.

Tamara Powell on Instagram: “With a heavy heart we announce the passing of our beloved son, brother, and uncle Jesse Powell.

The post was shared by Tamara Powell on Instagram, in which a video of her brother is seen cheering the crowd.

Powell released four albums between 1996 and 2003, and his second record, “Bout It”, was certified gold by the Recording Industry Association of America in 1999, please share this article on Twitter, Pinterest etc.